Interview with a Polyglot: Richard Simcott Our most recent interview was conducted with the famous Richard Simcott, who we previously met at the Polyglot Workshops we sponsored in NYC. Richard has language abilities in over 20 languages. We were able to ask him many questions and he provided a wealth of language-learning information.

For some, languages are not just a hobby — they’re a lifestyle.

One of the first questions we asked Richard was, “Can you imagine your life without languages?” He simply responded, “No.” Every job that Richard has had (except one) has been because he speaks different languages. Ironically, the only time that he has not been required to speak a language for a job was during his time in the U.K. FCO (Foreign and Commonwealth Office).

In fact, Richard often uses his languages at home as well. He is originally from the U.K. and currently resides in Macedonia with his family. Macedonian, French, and English are spoken in his home and he teaches his daughter German and Spanish. In addition, he is learning Serbo-Croatian and – as you can imagine – he’ll be learning another language this summer.

How does he have motivation for all of these languages? Well, he is a hyperglot, after all. Similar to the answer given by one of our previous guests,Alex Rawlings, you need to have a strong motivation in order to keep persevering in a language. However, Richard has said that sometimes the reason for learning can come through your language-learning experience(s). You may begin with the bare minimum of being interested in the language, but it can evolve into a deeper passion — you fall in love with the culture, the people, or the language itself. In university, Richard had been “forced” to take a Swedish course in order to fulfill a prerequisite for another language that he wanted to take (Icelandic). After having learned Swedish for a bit, he soon developed a love of the language. Swedish has actually become one of the languages he uses most in his professional life!

Sometimes learning a language at a basic level can be enough. In the words of the great Hungarian polyglot, Kato Lomb, “Language is the only thing worth knowing, even badly.” Richard learned Georgian for this reason. He had been interested in it mainly because of the look of the language’s alphabet, so he decided to take a Georgian course. Richard learned the alphabet and basic phrases taught in the course and felt that that was the level that would sate his curiosity. He could probably have learned more of the language if it was on his radar and he had more opportunities to use it in everyday life.

Of course, in order to be motivated to learn a language, you’ll need to set goals for yourself to achieve the success that you envision. Whether your goal is to reach the mountain of using the language at a professional level or reaching the hill of going on holiday, basic conversation, etc., recognizing which are the long-term and short-term goals and how to best organize them will really help you achieve your language-learning targets and motivate you to continue.

If you don’t have access to classes, Richard suggests how to find helpful materials and resources. In essence, he believes in the magpie effect: “Anything that glitters or is shiny.” That is, “Anything that you enjoy looking at and you think will keep your motivation going are probably the best ones to use.” In terms of what’s best on the individual level, it really depends on your personal interests and how those can help you to learn your target language. If you’re learning Russian because you want to read Tolstoy, it’s a very different goal than learning the language because you want to visit or stay in Russia. The resources that you would choose to reach these goals may be vastly different as well. “Getting your goals right helps to make a more educated and enlightened decision as to which materials you would choose to use.”

Another topic on which Richard provided insight is how to avoid solidifying mistakes in your languages. He recommends listening to native speakers and repeating what is said. Many times he’ll hear a correct sentence structure or phrase that he had previously said echoed back to him (either on purpose or unconsciously). In terms of mixing up his languages, he says that he goes “into a different zone for each language”. When people ask him to translate an individual word it can actually be quite unnatural for him! However, he is definitely gifted at the skill of code-switching, or easily switching between languages. One of his past jobs was when he worked at an international call center, where he had to switch between English, Italian, and French, among others. He currently interacts with many different languages in his daily life, so he has ample opportunity to further develop these skills.

Check out the interview below for even more advice on how to develop your language skills — both personally and professionally.

As mentioned above, Richard (and two of our past guests, Olly and Alex) run the Polyglot Workshops around the world. They will soon be starting an online version of this workshop so that anyone can partake. Feel free to check out their motivational program here! 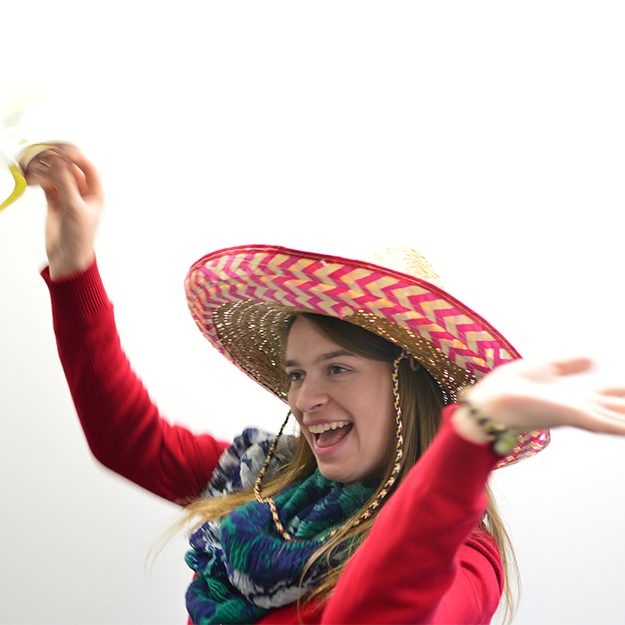